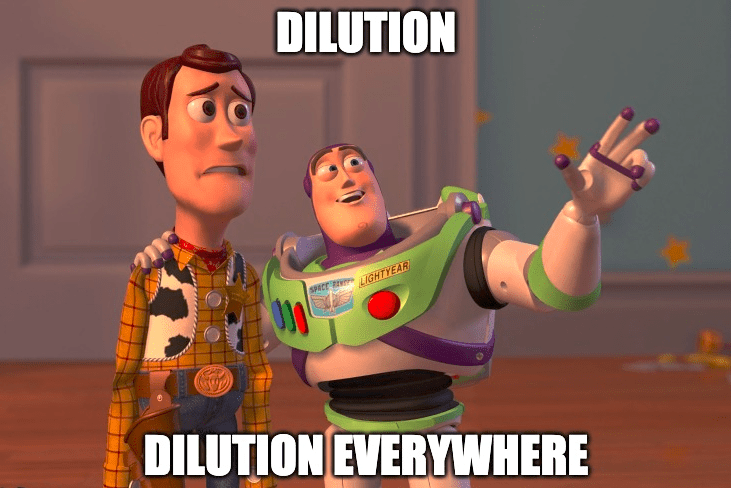 Many founders and equity investors are familiar with equity, however few fully investigate debt financing options until much later in their company’s life when they figure they might qualify for a traditional bank loan.

As a result, founders and early investors often give away too much ownership (and associated rights and controls) because their knowledge of available funding alternatives is incomplete. In addition, to avoid “diluting” existing ownership stakes, companies are regularly demanding high valuations that in turn force new investors to drive larger investment rounds to achieve targeted ownership percentages. This typically results in further dilution, significant structure attached to new equity coming in, and an unnatural pressure to deploy more capital than often makes sense for the business.

With an appropriate use of growth debt, companies can raise the right amount of capital to support growth, have fewer and more rational valuation negotiations, and ultimately, retain more ownership for existing stakeholders.

To scale, technology companies, founders and teams require growth capital. That capital comes at a cost, and its sources have implications on who ends up owning the upside from a company’s growth. The core of our mission at Vistara Capital Partners is helping founders and companies answer the key question, “how can founders, management teams, and early investors own more of their growth?”

A Look at Founder Ownership Over Time

According to CB Insights, approximately half of all US-based founders manage to make it as far as a Series A financing round. If you’re lucky enough to reach your Series B, on average, you will at that time, own less than 30% of your company. By series D, that number shrinks to closer to 10% with the lion’s share of the equity being held by other investors.

There are of course, stories of founders who own 100% of their companies, such as when Markus Frind reportedly sold online dating service Plenty of Fish for $575 million USD in 2015 as the sole owner. This however, is a pretty rare accomplishment. In general, significant dilution is unavoidable for most companies. However, the approach taken to financing can result in founders and early investors holding anywhere from small minority stakes to a significant majority. Every founder, early investor, and company finance leader should know their options to ensure that they do not give up precious equity too quickly or easily.

More and more, technology companies are starting to understand that a strategic blend of equity and debt (non-dilutive) financing can help retain greater ownership. However, this is very stage dependent. It is arguably irresponsible for an early stage company to take on much, if any debt, but it is also equally irresponsible for a mid-later stage company not to utilize the lowest cost form of growth capital.

At Vistara Capital, we provide growth debt to companies with $10 million to $100 million of annualized revenue, usually in the Series B to D range and with a variety of funding histories (bootstrapped, lightly or heavily venture backed). At the time of this writing, the average founder ownership of our active portfolio companies is close to 40%; a point of pride for Vistara, given that data shows founder ownership is usually less than 30% by Series B, and approximately 10% by Series D.

Companies are often encouraged to raise a new round of equity every 12 – 18 months to maintain funding momentum. Founders often complain of the distraction and pressure of constant fundraising and having to do so on set timelines, rather than as a function of hitting key company milestones. If the founders of successful companies that raise a Series D are left with 10% ownership, consider just how critical the timing and valuation of Series A – C rounds are to early shareholders at exit for companies with a variety of growth profiles.

As an example, companies that use our form of growth debt with 3+ year interest-only periods as “rental equity” can raise at optimal junctures after hitting key growth inflection points and milestones, rather than every 12 – 18 months. Growth debt provides opportunities to decrease the frequency and pressure of equity rounds, increases ownership and minimizes management distractions, and shifts the focus from constant fundraising to running the business and creating meaningful value.

In future posts, we’ll write about the various use cases of growth debt, including runway extension to the next round, to an exit, or to cash-flow break-even and self-sufficient profitable operations. This additional flexibility has proven to be very effective in our portfolio companies, allowing them sufficient time to hit additional milestones, achieve higher valuations in subsequent rounds, or catch-up to a prior optimistic valuation to avoid a flat or “down round.” In some cases, it has helped avoid an entirely unnecessary round of dilution before an exit or before becoming cash-flow positive.

Growth Debt for Growth Stage Companies – Own Your Growth

In this post, we addressed how ownership and control can be preserved for founders and existing stakeholders without having to sacrifice growth. Today, technology companies that have bootstrapped to $10 million or greater in revenue, or are post-Series A, have plenty of options when raising growth capital. Companies at this stage should know all their options and the associated costs of each. Growth debt can be a valuable alternative or complement to growth equity in a company’s pursuit of expansion.

At Vistara Capital, we partner with both venture-backed and founder-led bootstrapped companies. Regardless of backing, growth stage technology companies increasingly have access to less dilutive forms of capital to achieve their goals.

Stayed tuned for our upcoming posts where we’ll explore the differences and nuances in debt and hybrid instruments available to growth-stage companies, how and when to secure each, as well as first-hand interviews from technology leaders who have used growth debt to their advantage, enabling them to own more of their growth.

Vistara Capital’s “Own Your Growth” series provides perspective for founders, executives, and existing investors of technology companies seeking to understand the differences, uses, and tradeoffs of financing growth with various forms and combinations of debt and equity.

Through articles, interviews, case studies and videos, we’ll explore how and when technology companies can utilize growth debt to help achieve optimal outcomes for key stakeholders.